Turkey decoys work. There’s no doubt about that. But success is not as easy as staking a decoy, making a few calls, and pulling the trigger. Gobblers can be downright finicky; most of us know from first-hand experience. Knowing how to choose what decoys, poses, and placements can help your setup draw more gobblers this spring.

The strutting tom decoy that worked so well on opening weekend is now scaring birds away. Inferior gobblers have been whipped a few too many times and don’t want to scrap with a dominant tom again. It’s important to change the characters in your decoy setup by paying close attention to how the turkeys are acting as the season progresses.

Solution: Use a jake decoy instead of a tom to tone down the dominance display. The closer to breeding season a turkey gets, the less tolerant he becomes of his competition. Using a tom may spook subordinate birds that have been roughed up already. However, they will see a jake decoy as a chance to redeem themselves.

Decoys Are Placed Too Far Away

It’s not uncommon for a tom “hang up.” You’ve seen it - they strut, spit, drum, gobble, and carry on just out of shotgun range, waiting for the hen to come join. If your decoy is placed 40 yards away, then a gobbler may not come within 80.

Solution: Place your decoys 15-20 yards from your location. If a gobbler hangs up at 40, you still have a chance. If this problem persists with the same birds on multiple occasions, stake your decoy behind you where it’s visible to an approaching tom. Take a buddy who can sit back near the decoy and call to draw the bird closer to you. 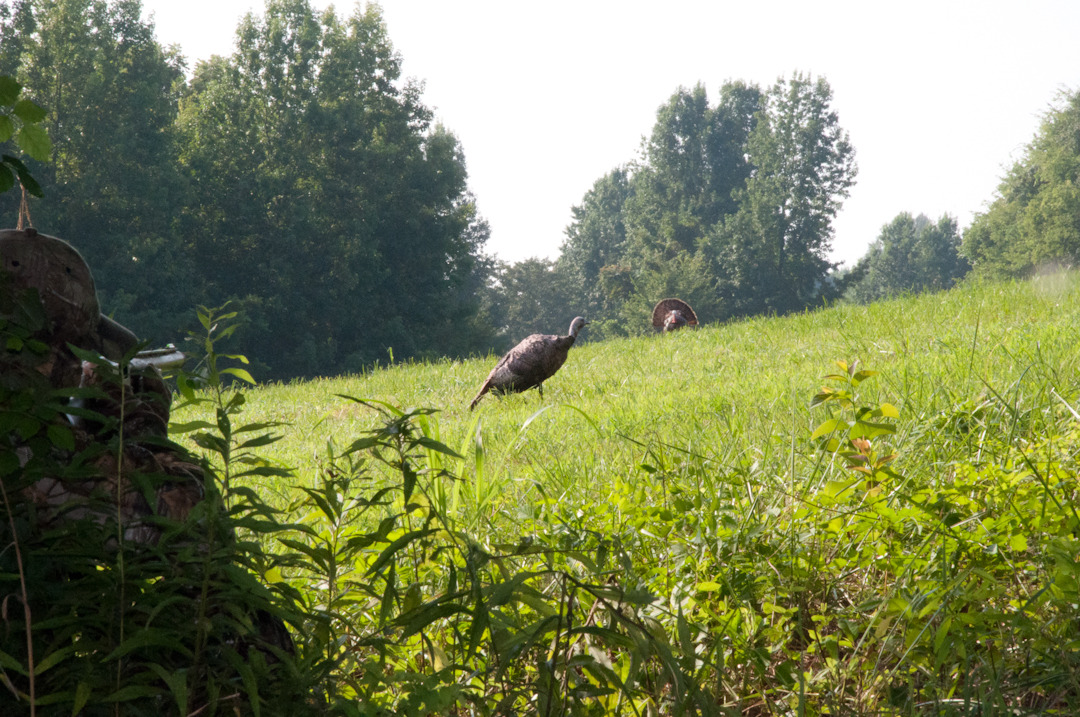 One mistake hunters make when using turkey decoys is placing them too far away.

He Can See You

For some reason, many hunters like to place their decoy directly in front of them, which is the sight line for most approaching gobblers. Sure, he’ll be focused on the decoy, but a turkey’s keen eyesight will allow it to pick up any movement in the vicinity. He may even pick out your silhouette.

Solution: Offset the position of the decoy to your shooting side. Right-handers place it 30-45 degrees off your left knee and vice versa for the southpaws. Also, keep in mind that no matter what direction a longbeard approaches from, he will almost always try to position himself head-on with a male decoy. Use this to your advantage.

Your Setup is Too Crowded

There are times when three or four hen decoys in various poses paired with a tom or jake is a fail-safe option. However, if you bunch them together too closely, it can impair your ability to take a clean shot. If a tom approaches the setup directly, you’re now having to shoot around some unnecessary obstacles.

Solution: Spread your decoys out. Even though most of the time a longbeard will try to run the male decoy off first, make sure you have a clear shot in front of the hens as well. And give the gobbler room to strut and do his thing.