It’s late in the turkey season and I’m tired of rising before the sun. On a recent morning, I made up my mind to roll over and wait for the daylight to wake me again. As is typical after several weeks of constant hunting, I’m less than enthusiastic about getting out of bed, but years of experience tell me that the struggle is not without potential reward.

Late season gobblers have heard every call, maybe dodged some lead, and have seen every form of hunter slinking through the woods. Much like post-rut bucks, they are leery. So to give yourself a chance when the day is already warm by sunrise, you need to alter your tactics accordingly.

This tops the list because we can’t stress its importance enough. How many times have you stood up from the base of a tree to hear the dreaded putt? When you’re ready to leave, sit for another 10 minutes. Turkeys won’t be as vocal after fly down, so don’t give up too quickly.

If wild turkeys aren’t calling often, then neither should you. Mimic nature or you’re going to blow the hunt before a bird considers heading your direction. When you get set up, a few soft yelps now and then are all you need. Leave the loud calls at home. If you’ve scouted and know where turkeys are hanging out during the day, then a gobbler that hears your initial calls may come find you if he feels like it. 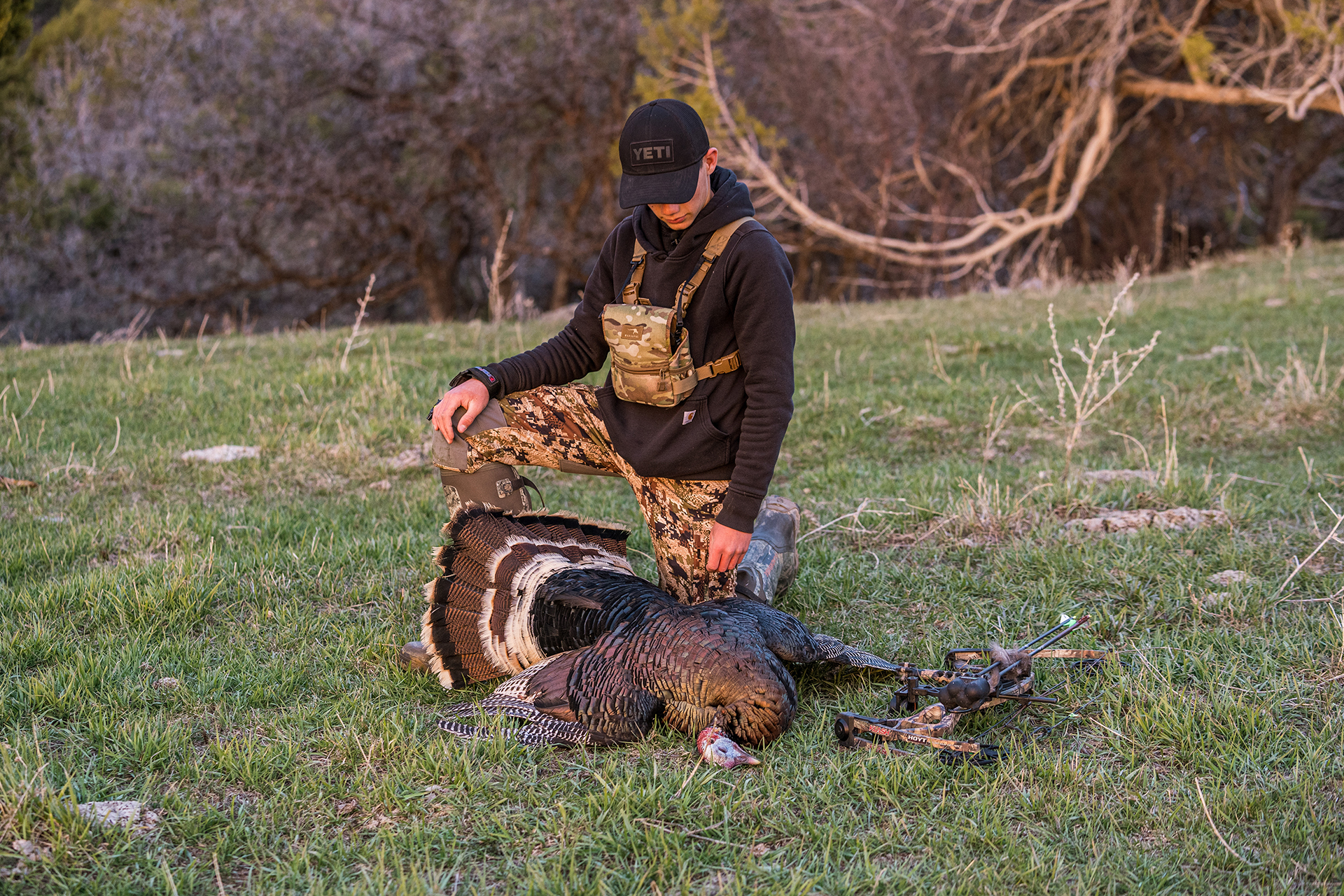 Speak softly when talking to late season gobblers. Some soft yelping is oftentimes enough to get their attention.

As toms aren’t likely to give away their approach, make sure they have something to focus on when they come sneaking in. It’s best to use multiple hen decoys. Less dominant gobblers have been whipped throughout the season and aren’t likely to approach if they think a fight will ensue. Even dominant toms may hang up and try to coax a hen to them instead.

Hunt With a Buddy

One of my favorite tactics to use at any point all times of the season is the buddy system. Place the shooter about 50 yards in front of the caller. That way, the gobbler that hangs up on the caller will likely still be in shotgun range for the front man. Suppose you and your hunting partner are initially sitting side by side. Sometimes a gobbler will hang up before he’s in view. If this happens, one of you head off in the other direction to draw the tom closer. This is a super-effective method for late season. Divide and conquer.

Even though it’s the end of the breeding season for hens, gobblers will still seek out females that have not yet been bred. While they’re not making much noise, they will try to attract hens by strutting silently out in the open. Knowing that turkeys don’t really care to get wet, you can sleep in and wait until the dew burns off before heading out. Choose fields that are open, sunny and surrounded by woods that have plenty of roosting trees. 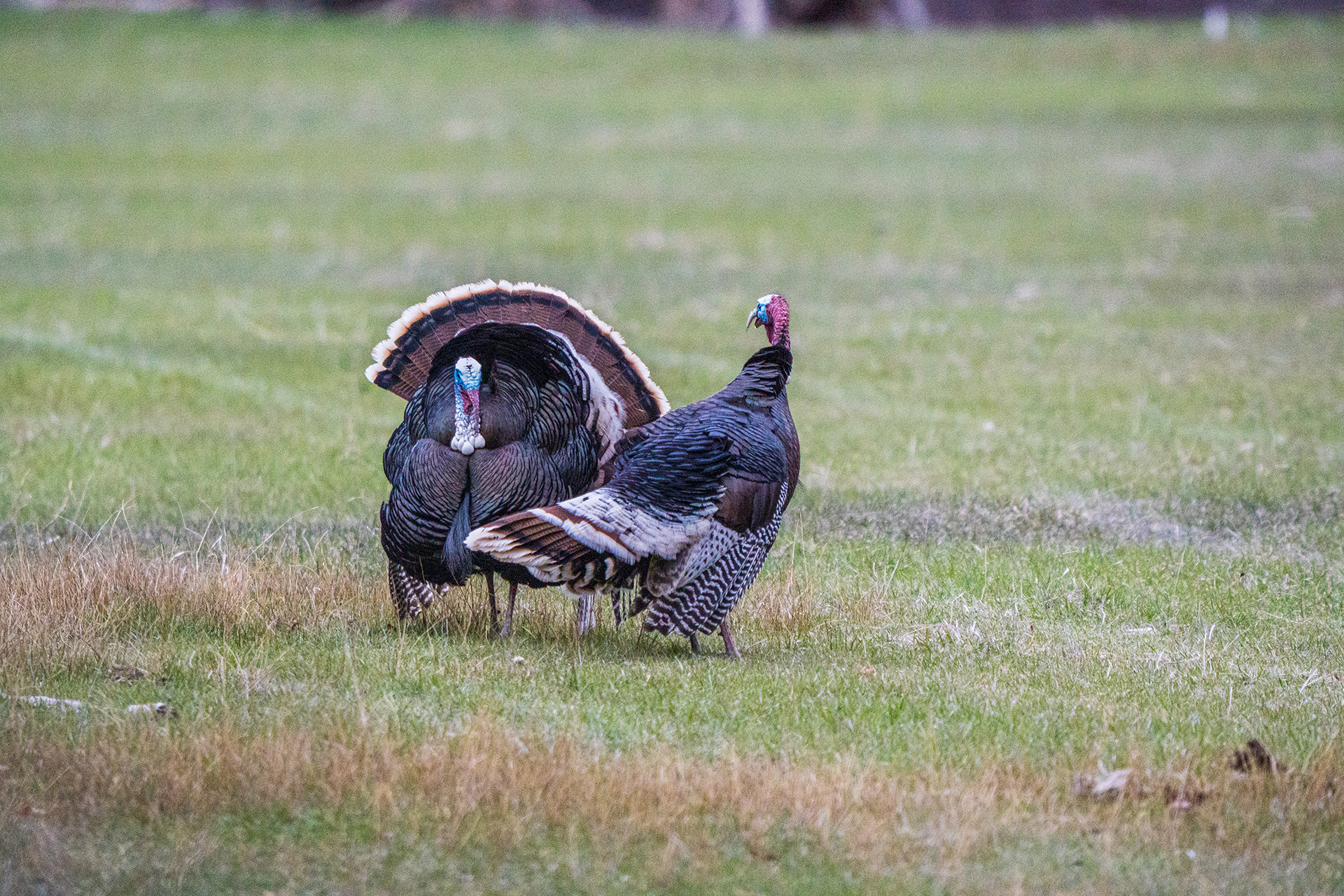 Don’t feel like you must be up and at ‘em well before the sun when May arrives. Use the middle of the day as your ally. Walk slowly and softly with your head on a swivel at all times. You never know when that last gobbler of the season will be over the next hill.