Bowhunting is the ultimate challenge for a deer hunter. While bow season is usually in the peak of the rut where bucks are cruising at all hours of the day, getting the shot is no easy task. Skill and patience are always top of the list for attributes for hunting. However, with bow hunting equipment is much higher on the list than in other seasons.

Fixed broadheads are the classic style that has been used since the stone age. While some folks still use stone points a majority of us have upgraded to steel blades. Traditional fixed broadheads deliver deep penetration to the target since no energy is lost by opening or springing the blades. Fixed heads also maintain their shape better if they hit bone which can happen when trying to make the "behind the shoulder" shot on a broadside deer.

Fixed broadheads are the classic style that has been used since the stone age.

For their attributes, there are some downsides to fixed heads. Since the blades on a broadhead will act like wings you will need to practice and tune your bow for those broadheads. More practice with the broadheads can lead to damaged heads that need replacing. However, fixed blades are usually cheaper than quality mechanicals. Fixed blades also have a smaller cutting area as compared to mechanical heads, a smaller wound channel can mean a smaller blood trail.

So, at a glance for fixed blade broadheads, here are the pros:

For the top three choices of broadheads, I recommend

The Wasp Sharpshooter is a well-thought-out modern broadhead with replaceable blades. The additional smaller “bleeder” blades help stabilize the arrow in flight too.

The Swickey Eskimo is a classic two-blade design for a more traditional feel. These are easily sharpened back at camp or even in the stand.

The Magnus Stinger is a heavy fixed head with a wicked blade. Mini serrations increase the cutting ability while driving deep into the target.

Mechanical broadheads are the new kid on the block compared to the old fixed blade style above. Mechanical heads use a long field point with hinged blades that open when they make contact with the target. The energy transfer of the opening of the blades has led to some criticism that mechanicals don’t penetrate as deep as fixed heads.

The “lack” of penetration is negated in many hunters' eyes by the enormous wound channel that the expanded blades make. Typically, mechanical heads produce a cutting area 50% larger than that of a traditional head. Because there are moving parts on mechanicals there is a chance that the blades won't function as they should. 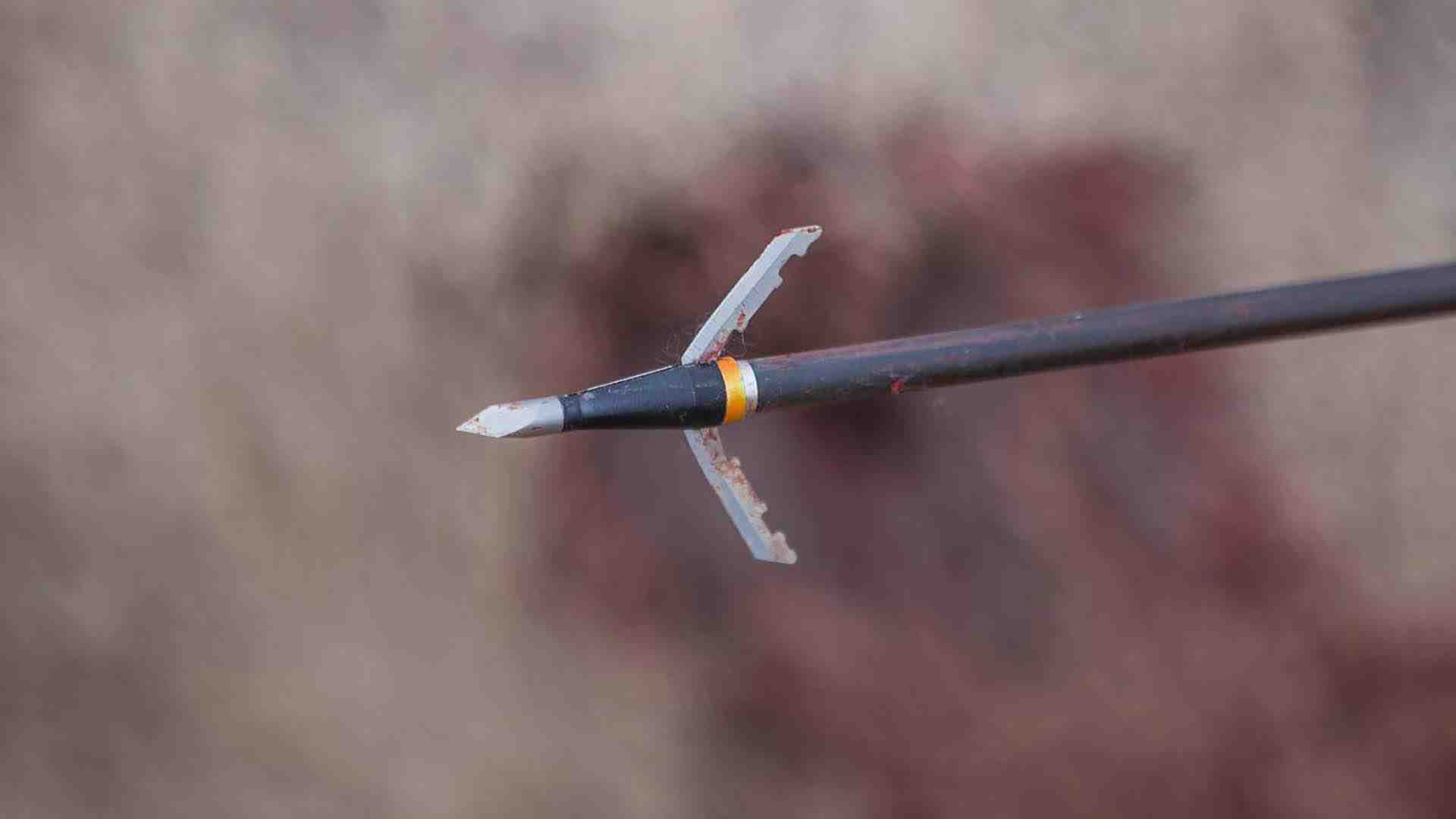 Mechanical broadheads for deer hunting, such as the Jak-Knife from Wasp Archery, create a larger cutting area than traditional heads.

More likely the case than a mechanical failure is the broadhead will be damaged after hitting a bone, replacement parts are available on most heads. Another bonus for the bowhunter who may be short on practice time is that mechanicals will fly much more like a field point. Less adjustment from practice to hunting heads is always a bonus.

The Rage X-treme with an absolutely huge cutting width of 2.3 inches, this broadhead will leave a huge blood trail on anything you stick.

The Wasp Jak-Knife their use of a simple O-ring reduces the chance of an accidental opening while crawling through dense cover. An open blade would potentially throw off your shot in a way no hunter wants.

The Grim Reaper RazorTip, this three-blade design paired with a 2-inch cutting width makes the Reaper a heck of a broadhead for the money.

As with everything in deer hunting, there are multiple schools of thought. Be it fixed blade or mechanical, the choice is yours to make. Both have their benefits and their weaknesses. While this is hardly the ultimate guide on bowhunting gear, we hope it has given you some insight into the questions you need to be asking next time you get ready for bow season.