FREE SHIPPING ON ORDERS OVER $250

The first stalk of the third day proved successful. It also proved once again that bowhunting pronghorn with a decoy is incredibly fun. And rewarding. It’s a memory that will not only cause me to fondly look back, but also forward to more days hunting these incredible animals. A huge thanks to Montana Decoy founder Jerry McPherson for putting me on this buck.

Bowhunting Pronghorn With a Decoy

After close calls on the previous two days - some bucks showing up out of nowhere and others ambling along seemingly unaware that the rut was in full swing - Jerry and I finally found one ready to fight for his territory. The Eichler Antelope decoy provided us with an advantage on two fronts.

First, it served as cover when there was none. Second, it held the buck's attention so that I was able to draw my bow. I don’t really remember attaching my quick release. I definitely don’t know how I found my composure as the adrenaline coursed through my body! 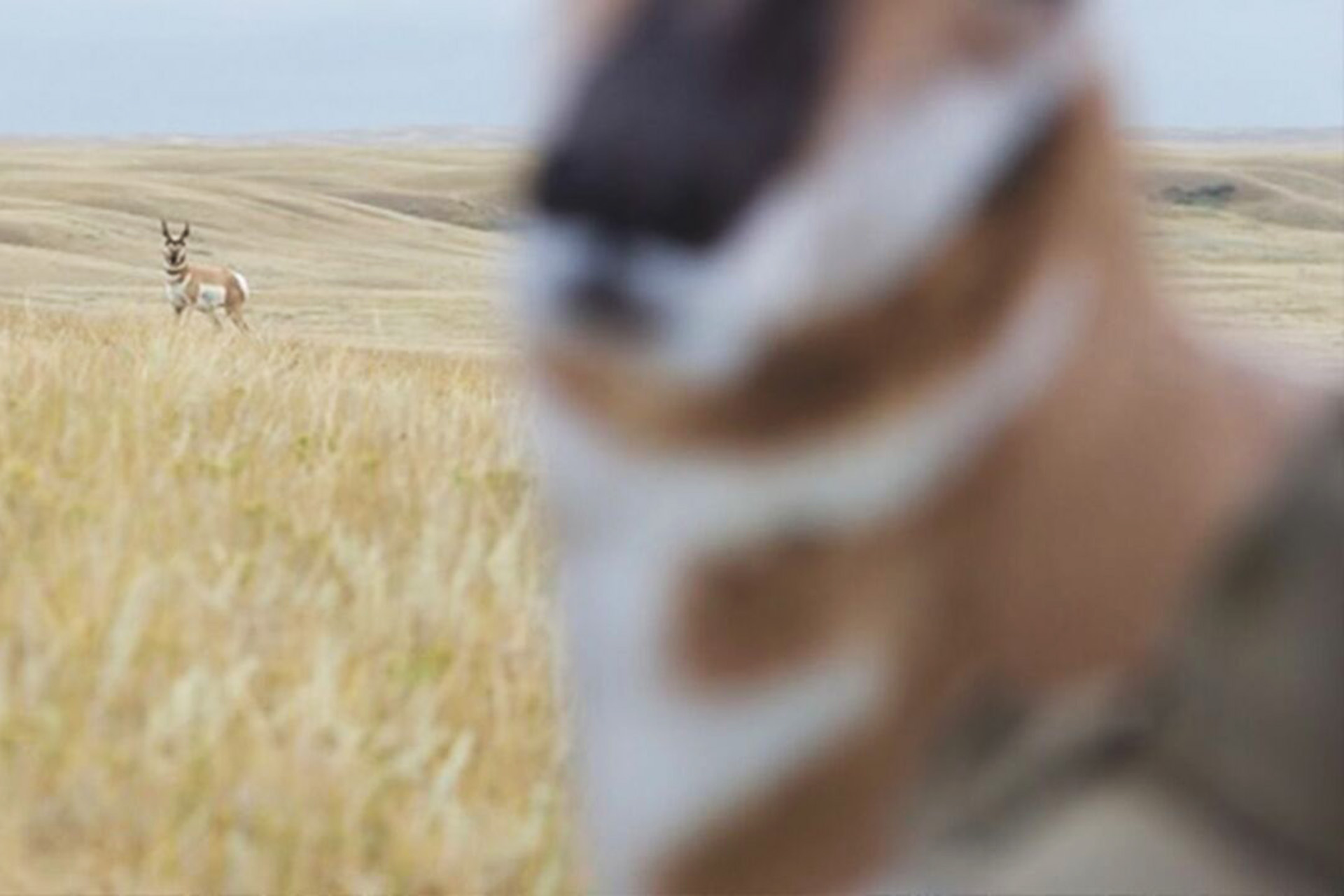 Bowhunting pronghorn with a decoy is an absolute rush, especially if you catch them during the peak rut.

The sun was just making its way over the horizon. Jerry and I had made our approach toward this buck and his does from the north with our faces in the wind and a small rise in between us. Out in the flat country where pronghorn thrive, any sort of rise or depression in the landscape you can find is a huge advantage when making a stalk.

Their eyesight is incredible and you can spook a herd from a half mile away if they see you. Pronghorn also have a strong sense of smell, hence always making an approach into the wind. Especially hunting them with a bow when you need to get really close. In that sort of landscape it’s no easy feat.

We Nearly Blew It

The conditions were perfect as we set out to close the distance. That is, until we nearly blew it. Or so we thought.

The buck caught a glimpse of us as we came around the rise. And while he should have been in the next county, he did the opposite. Another tip for any aspiring speedgoat hunters is to put the sun at your back. This buck wasn’t ever able to clearly make us out.

As soon as we thought we’d been busted, Jerry and I instinctively hit the dirt. It’s so easy to get skylined you may never even know how many animals you spook. So we stayed low to make sure our silhouettes were below the horizon. 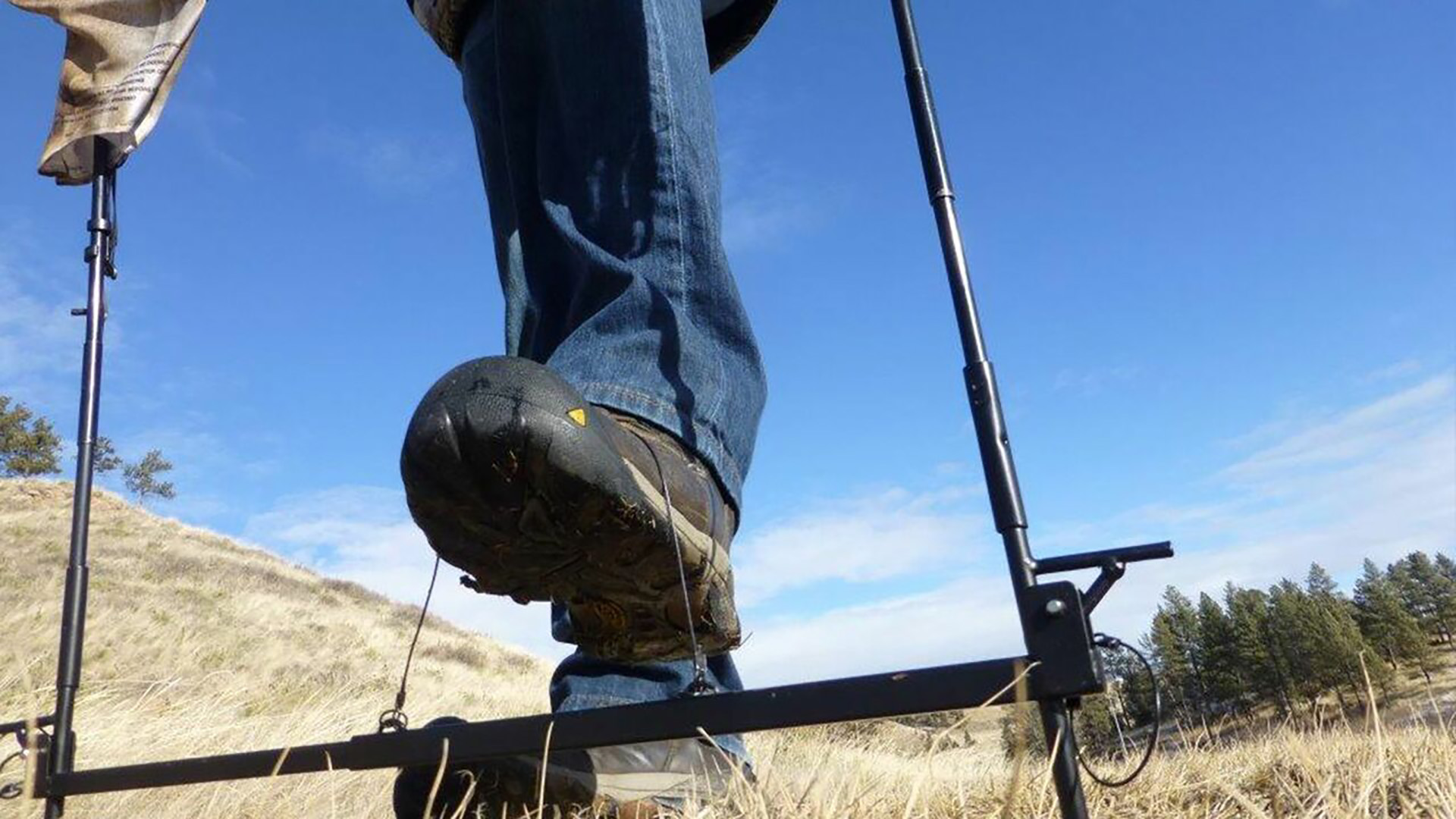 The Eichler Antelope comes with a Quickstand, which is designed for quickly staking and removing the decoy from the ground.

There were still a lot of very visible shadows in the field caused by the low-hanging sun. As Jerry and I whispered out a plan, he noticed one of those shadows moving weirdly fast…right in our direction!

Looking into the sun threw off the buck’s instincts. Clearly he didn’t think we were a threat as he raced toward our location. The only problem was he closed the distance so quickly we didn’t have time to find proper cover. That’s where being with an experienced antelope hunter like Jerry McPherson paid huge dividends.

With his focus so intent on the decoy, I was able to level my 30-yard pin on his shoulder and touch off a shot.

Jerry slipped the Eichler Antelope decoy from his back and popped it open faster than I could blink and staked it in the ground using the attached bar on the bottom called the Quickstand. His action caused a reaction for me which was to get ready for a possible shot. My arrow was nocked, so I stayed low on my knees, clipped my quick release, and drew my bow.

All of this happened in a split second. During which time the buck had closed the distance to 20 yards. He stopped and stared, trying to confirm that we were in fact an intruder buck looking for a fight. Then he turned his head to take a quick glimpse back at his does. That’s when Jerry put up the decoy.

You could see the buck bristle as soon as his eyes landed back in our direction. He began to circle, staying within 30 yards. With his focus so intent on the decoy, as if there was nothing else in the world that mattered, I was able to level my 30-yard pin on his shoulder and touch off a shot. Within seconds the hunt was over.

I’m proud of this buck. He is my first archery antelope. It goes to show that you can never really plan a hunt other than place and time. Once you get there, it’s experience and luck that make the difference. If it weren’t for Jerry, I may have eaten a tag.

Bowhunting pronghorn with a decoy is an absolute rush. It’s a hunt I want to go on year after year when possible. There’s nothing in the world of hunting like a buck closing the distance in a matter of seconds to challenge the decoy and present you with a shot. I’m already looking forward to next season.