Let’s go ahead and think ahead to the latter part of the deer season. It’s been a long one, and the hours of sitting stand are beginning to take their toll. Pulling your bow up the tree is synonymous with lugging a boulder from a well. This can be dangerous to the deer hunter’s psyche - you begin to dread the alarm clock rather than relish the possibilities that come with its sometimes inconvenient interruption. Deer camp is supposed to be a fun place for friends and family to gather. When it seems like a job, take a step back and reassess. What can you do differently to change up the pace? To change up your luck?

By now, most of the rutting activity has died down though a few good bucks are still cruising the area, looking for one last hot doe. The few you’ve seen haven’t responded to grunts. They’ll stop and look for the source of the challenge, but when they don’t see an imposition, they continue on the search. If you want to add something to the mix to increase the action of the hunt, using The Freshman will be your best bet for decoying post-rut bucks. Add Estrus Betty, which conveys a hot doe, and it’ll look like a younger buck is about to take the last willing lady in the county.

Let’s say you’ve been hunting a funnel between a known bedding area and a large cornfield. It’s late season, and it’s cold, so deer are up most of the daylight hours searching for what food they can find. You’ve seen the same shooter sporadically throughout the day (you’re sitting from dark to dark). You can tell by his demeanor that he’s still in rut mode; watching the does, it’s clear they’re about to close up shop ‘til next year. Soft grunting and ticking the rattling horns together have made him look your direction, but without being able to spot the source, he ambles on. 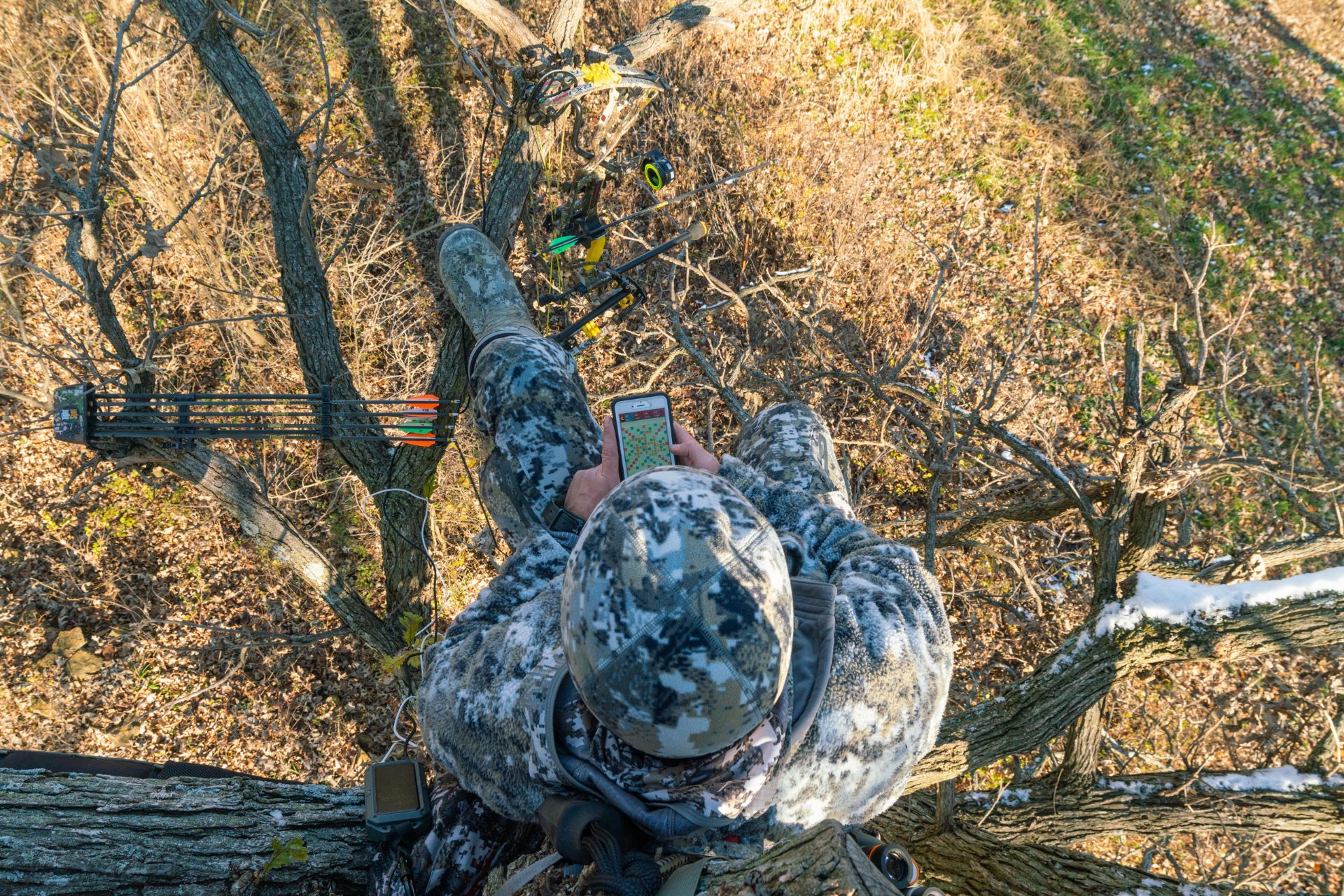 To pass the downtime in the stand, you read an article on your phone, and the idea hits you to Google “decoying post-rut bucks.” Voila! Here you are, and we’re thrilled we can help.

Once you’ve acquired The Freshman and Estrus Betty, place them about 20 yards out from your stand in the most visible spot. Like you would with a jake turkey decoy on a hen, place The Freshman behind Estrus Betty as if he’s going in for a sniff, or better yet, to seal the deal. The next time you see a shooter, give him the same dose of rattling and grunting until he looks your way. Now you have visuals, and the chance of you getting a shot just went way up.

This takes two. And trust us, late season, it’s not hard to get your hunting buddy, who’s been dealing with the same tree-stand weariness as you, to go along with a different plan. Obviously, this hunt needs to take place somewhere other than a thicket. It will help to not only move along quietly but also have great visibility. The farther you can see, the better.

Rock, paper, scissors to determine the shooter. The loser, who we’ll call Buddy, who has not lost anything at all because he’s going hunting, will be responsible for manning The Freshman. The shooter has Estrus Betty, but once it’s time to set up, you’ll simply stake her in the ground. The Freshman is the decoy that needs a little movement to draw attention.

In this instance, it’s best to do a lot of glassing and find a shooter buck rather than go in blind. If you can get to within a few hundred yards, that’s all the better. Pop the decoys open. You should stake EB right away, hide behind her, nock an arrow and clip your release. Have Buddy hold The Freshman by the stakes just a few yards away. Use the same grunting and rattling techniques to let the buck know that the challenger has arrived.

Buddy will “flash” The Freshman by moving it slightly up and down to give life to the already ultra-realistic decoy. This will draw attention away from you as the buck closes the distance, allowing room to draw and make a shot. 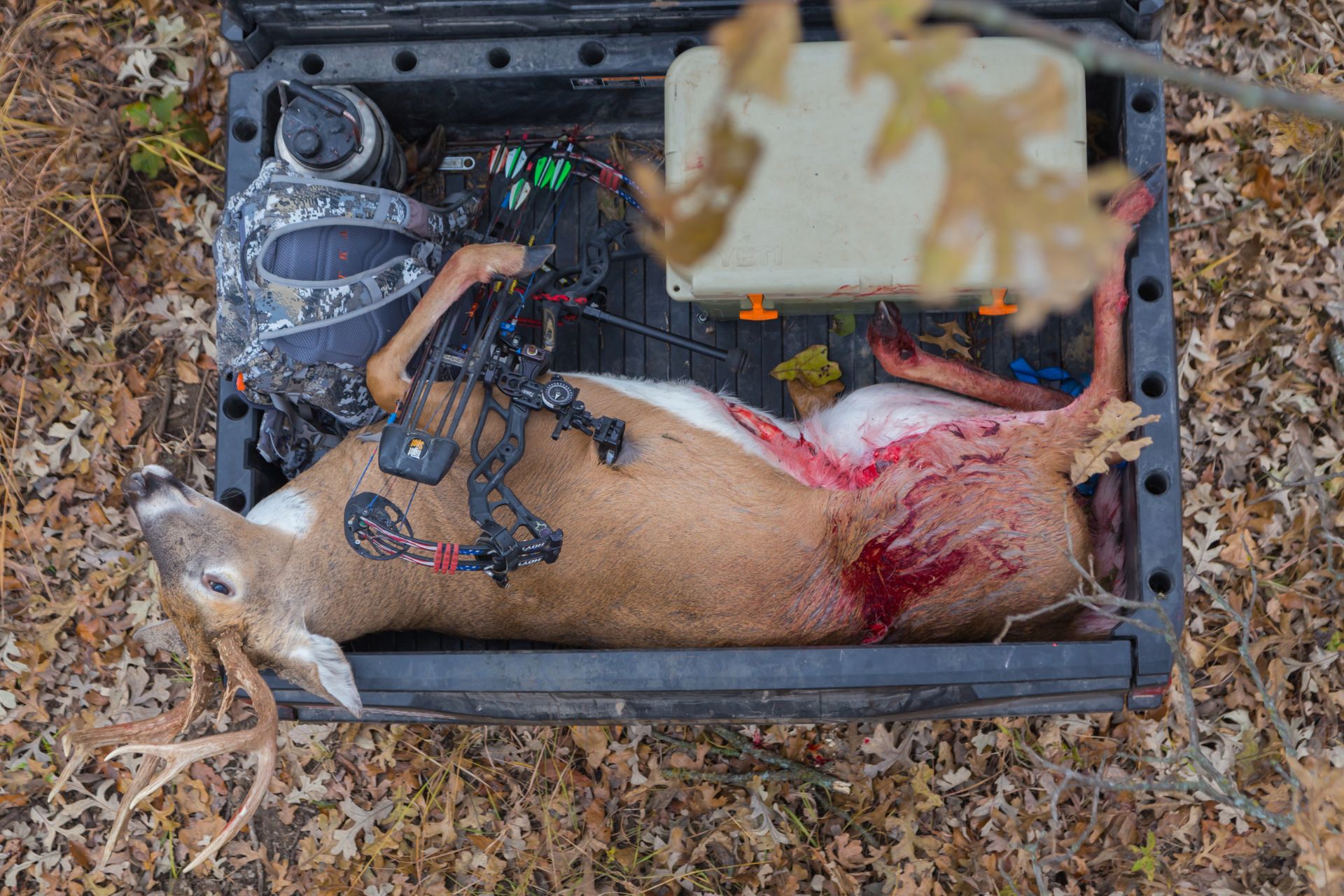 Men, you know how we tend to act around women we take a hankering to. Women, you know how men behave around women they take a hankering to. That foolish bravado works the same way with deer. And when the plan falls into place, it will reignite the diminishing deer hunting flame instantly, making future alarm clocks seem just a little more friendly.