There’s no doubt urban sprawl has impacted deer behavior and deer hunting. Cities and suburbs are expanding, pressuring wildlife to acclimate to urban settings. This means deer are becoming comfortable around human activity and hunting opportunities are being presented in urban areas.

Besides listening to the screech of a child playing or the sound of busy traffic nearby while sitting in the treestand, urban deer hunting is different. It requires a few other tactics than typical hunting settings. But all whitetails are inherently the same.

Urban whitetails are still heedful with a strong sniffer, and they’ll recognize when something’s not right. We’ll cover key tactics and considerations for anyone who wants to deer hunt in urban areas.

The Big Differences of Deer Hunting in Urban Areas

Deer hunting in urban areas presents a few differences from hunting deer in less urbanized areas. The most common differences involve special hunting permits, asking a great deal of landowners for permission, and being keenly discreet from neighbors. You will need to apply more caution when taking a shot, as you’ll probably be sitting in someone’s backyard (or near it) when you draw back your bow. Typically, local laws and regulations only allow bow hunting in urban settings due to safety concerns and to limit disruption. Make sure to check local laws for details regarding bow and/or rifle use, as well as the use of decoys.

Stand placement needs to be strategic when hunting in urban areas.

As we said earlier, urban deer are still wary and cautious. Even though they are comfortable around humans and cars, they’ll know when a human is in a territory they typically don’t encounter them in. Hunt them as if you are hunting non-urban deer – downwind, quietly, and discreetly. And be strategic about stand placement.

Scout from a vehicle if you can because deer are used to seeing cars. On property where you have permission, use game cameras. Set them up in the small pockets of terrain where you would typically expect deer to thrive, such as creek bottoms where water and shelter converge. Subdivisions usually contain small patches of forestland that are optimal. 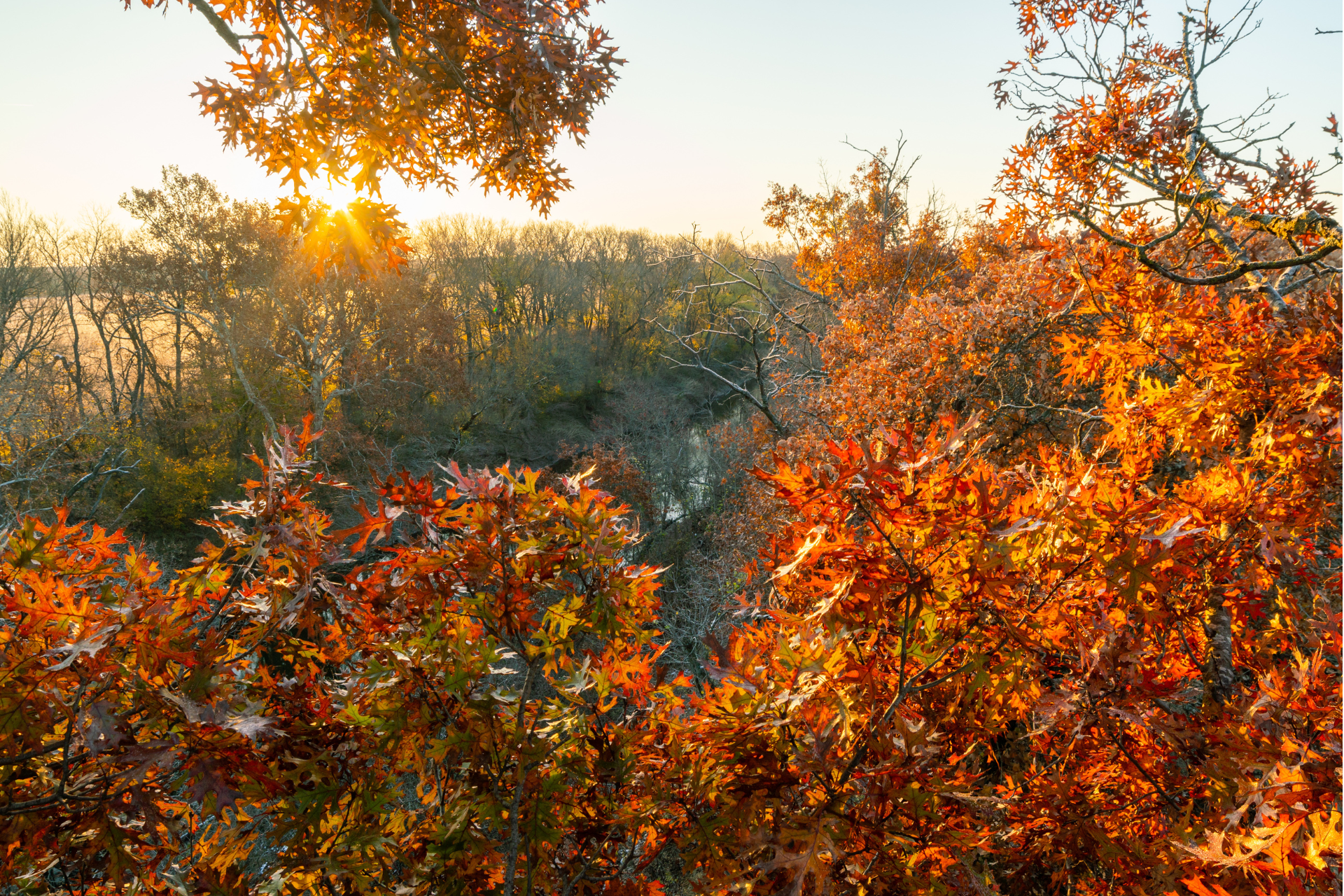 Look for a creek or an area with coverage where deer would typically thrive.

Asking permission from landowners is perhaps the most intimidating and challenging part. Be prepared for a lot of “no’s.” When asking for permission, dressing presentably and being well-groomed is ideal. Approaching a landowner in camouflage is not recommended. We want landowners and those who aren’t familiar with the hunting heritage to be left with a respectable impression.

When you get permission, be low-key about the opportunity. Although the landowner might have allowed you permission, their neighbors or others around might not be inclined to the idea of hunting. Try pursuing your spot unnoticed, and again, try to maintain a good impression even if you do encounter a confrontation with another landowner.

A Clean Kill is Crucial

It’s crucial that you make the perfect kill shot so the deer will die quickly. You don’t want to track a blood trail across the neighborhood, especially if other property owners don’t like the idea of hunting. Consider using the TipUp stand with a buck decoy to draw an aggressive deer in close looking to defend their territory. Then, wait for the perfect opportunity to take your shot. Play it safe, and don’t shoot a deer past 30-yards, if that. Also, ensure the deer presents the ideal scenario to work with – broadside in the wide open and unsuspicious.

Deer hunting in urban areas is a challenge. But if you follow the rules, remain low-key and undisruptive, and execute the right hunting tactics, you’ll find success. Even better, you might find yourself with that trophy buck you’ve been longing for.