If you want to learn how to call coyotes in May, figure out their food sources.

Hunting coyotes in the spring and summer is not just a great way to keep your shooting skills up. The nights and days spent in the field can also help increase the population of game animals.

How to Call Coyotes in May

The increased demand for food falls in step with another population boom, fawn drop, or fawning season. A recent study has shown that coyotes prey primarily on the young deer that offer too good a meal to pass up during the fawning season. One coyote can kill and consume more than 19 fawns in a month's time.

With whitetail does often producing a single fawn yearly, 19 missing fawns could greatly strain the local deer population. But fawns are not the only food item that a coyote will prey on during the spring. Rabbits and turkeys of all sizes are choice targets for these predators. 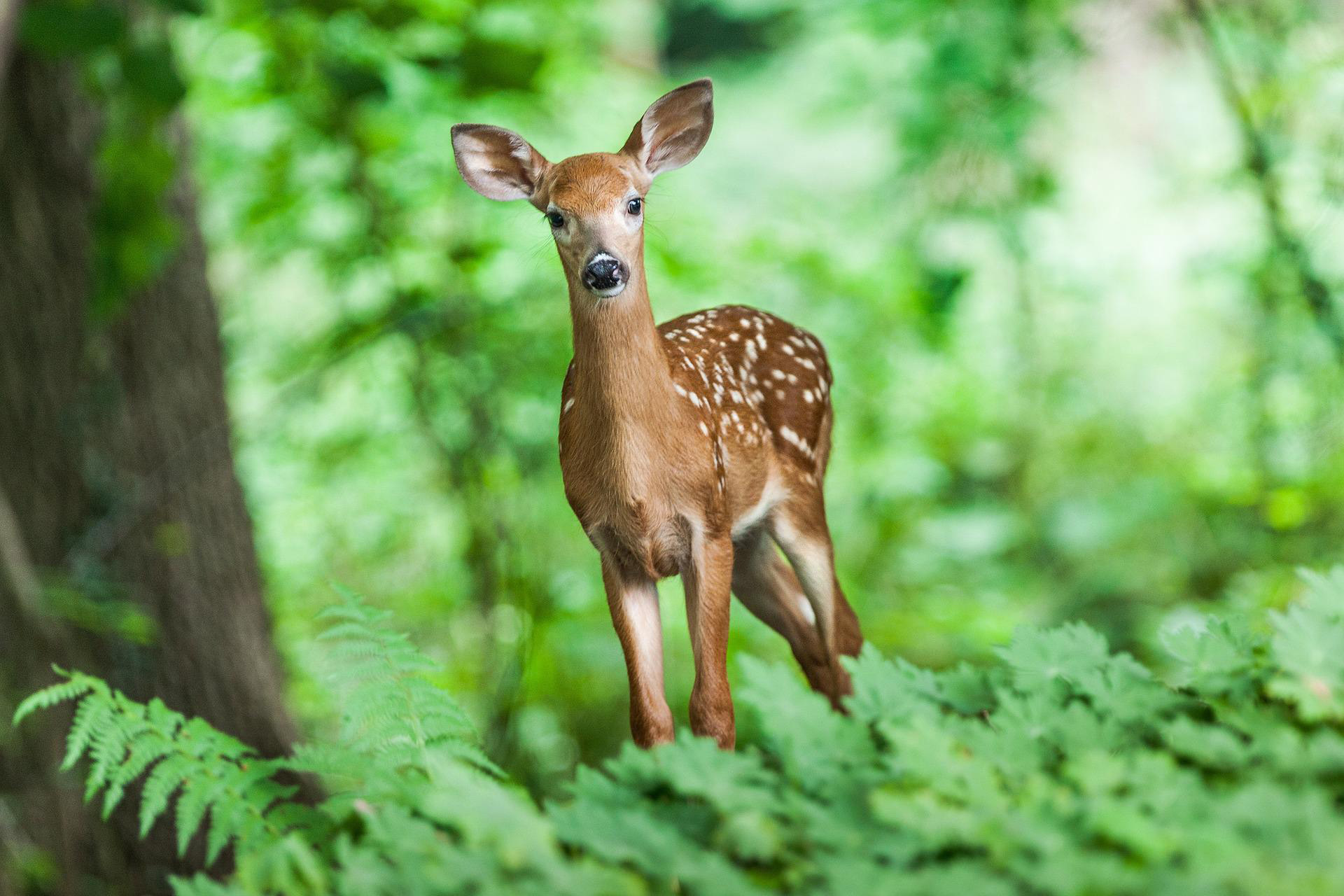 Many conservationists know that hunting coyotes can positively impact the game populations in the area. What may not be considered, however, is how this predator-prey relationship can improve success rates for future hunting seasons.

Understanding how to call coyotes in May is a little different from the rest of the year. Being that they’re feasting on fawns, start with a bleat call. The call of a lost fawn will draw hungry predators. Don't overwork the call, a few bleats spaced out over a minute will give the coyotes plenty of time to hone in.

If the bleating fawn call fails to bring them in, swap to a distress call. The sound of the same fawn now being attacked will signal other coyotes in the area of a fresh kill. Making a wounded animal call is a tactic used to bring in inexperienced yearlings that are still in the adolescent stages and not straying far from their mothers.

With yearling coyotes still staying close to the den, a howl can do one of two things. The call can bring curious young coyotes out and into range or trigger a defensive reaction from the adults who charge out looking to ward off a challenger. Either reaction can add another coyote to your tally.

A pup distress call will also send mature females into a fervor. This call is best used in the early mornings when females leave the den to hunt. You should use a distress call sparingly. A few short yelps and a long pause of five to ten minutes will give the coyotes enough time to reach you. Do note that with the increased vegetation in spring, coyotes may get well within range before they are spotted.

Know that we know how to call coyotes in May, let's take a look at the various choices of equipment we typically use.

Adding a fawn decoy can draw even more of a reaction, especially in areas that require the coyotes to come into the open. A field edge is an excellent location. Pair the fawn decoy with your fawn bleats and distress calls to engage a coyote's keen eyesight and hearing at the same time.

In May, most of the country will be greener than the camouflage that many hunters wear in deer season. Deer hunting camo tends to be heavier too. Turkey hunting gear is lighter weight and a better blend for the summer.

A mesh suit will keep you cooler and is a favorite in the southern states. Be sure to use plenty of scent blockers when higher temperatures start to make hunters sweat.

If longer range shots are likely, a scoped centerfire rifle in 22-250, .223, or even .243 will provide more than enough killing power at extended ranges. For up-close hunting, a shotgun loaded with buckshot works well, especially when there are decoys. It is important to pattern any shotgun so the hunter can determine a maximum effective range.

Location is everything. Perhaps more so in the pursuit of coyotes than any other animal in the US.

Hunt Near the Den

Whenever possible, locate a coyote den. A hunter can figure out the pack's travel routes and intercept them by keying in on the den. By hunting near the den, a hunter can also activate a coyote’s territorial response using a howl, as discussed earlier.

Coyotes are opportunistic eaters, meaning they’ll eat just about anything from fawns and rodents to fruits and vegetables. Edges of farms and fields and areas with berry bushes attract prey animals, making them excellent places to set up for predators. These areas also provide great chances at longer shots, but a hunter must pick a high vantage point to maximize visibility. Set up on a fence line or small hill to give the greatest field of view over new plant growth. 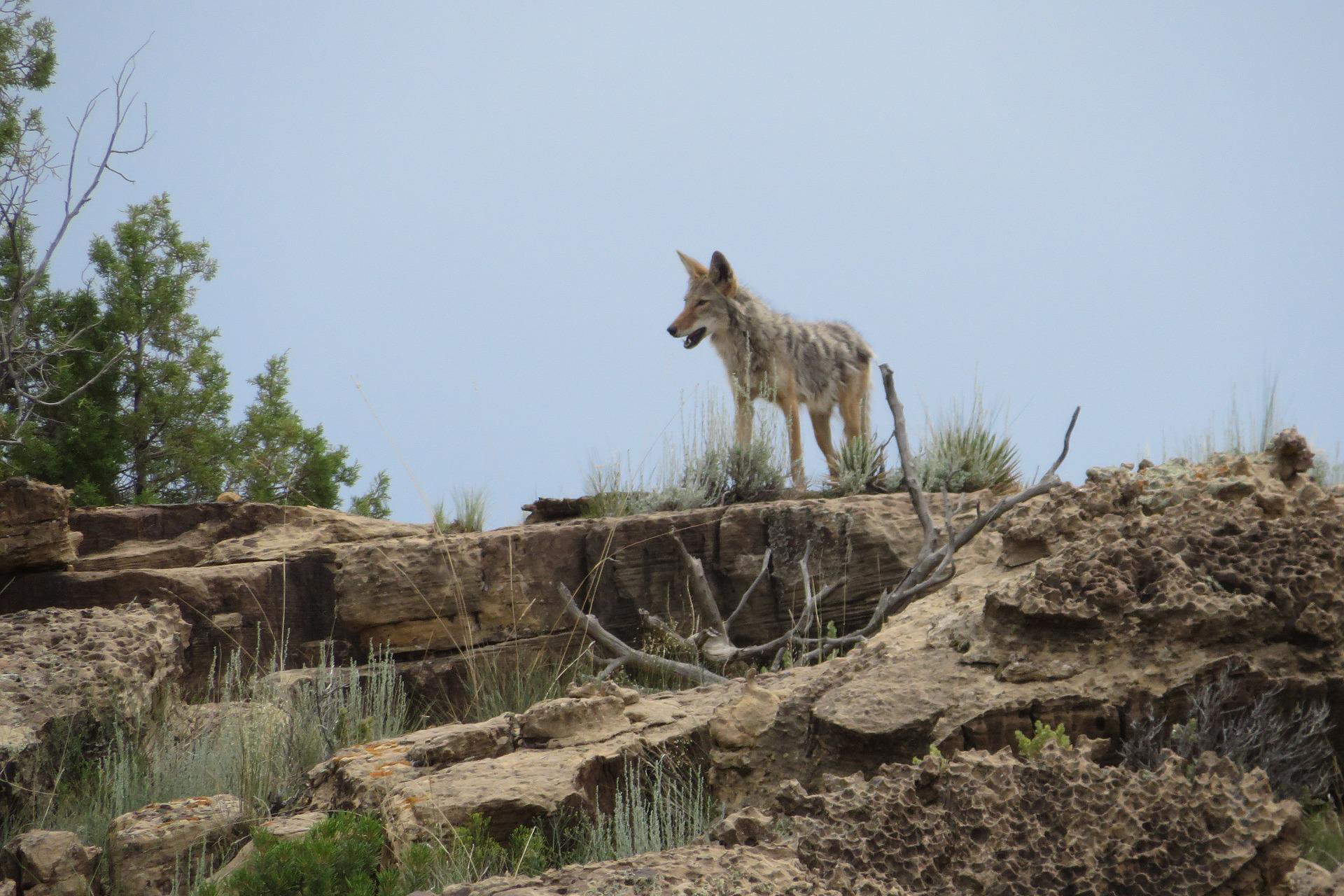 Coyote hunting doesn't need to stop after deer season. Coyote hunting should actually continue throughout the spring and summer to protect the next deer season. Capitalizing on the protective tendencies of adult coyotes and the naivety of yearlings, a hunter can increase their effectiveness by calling smart and eliciting the best reactions. Properly selecting a location and the right gear will further the success rate. Hang up the turkey gun, pick up the fawn call, have fun, and hunt some song dogs.