FREE SHIPPING ON ORDERS OVER $250

Jerry McPherson is an avid elk hunter. Tired of even thinking about how he might lug a bulky 3D elk decoy into the backcountry, he decided to come up with something better: a 2D, realistic, lightweight, and extremely packable elk decoy. That same concept plays into every decoy we manufacture. And our goal, just like at the outset of Jerry’s quest to make something better, is to design and develop decoys that give hunters the edge in the field, no matter the game they are after.

With more than two decades using Montana Decoy elk decoys and a lifetime of elk hunting experience, you might say that Jerry is something of an expert. Here are some of his go-to tactics that will hopefully help you too as you pursue the mighty wapiti, as told by Jerry himself.

My favorite style of hunting elk is on the go. It’s not always the best nor the most successful, but hunting that way is usually full of action and excitement. I try to get in the path of their travels whether it’s going to feeding grounds in the evenings or heading to their bedding areas in the early mornings. That’s why I love carrying the Back Country Elk Decoy so much. It was built for the mobile hunter. It folds down and is compact enough so that it fits in my pants side cargo pocket.

The thing about hunting this way is that you must always remember to stay down wind of the herd. An elk’s best defense is its sense of smell. They bed and hang in areas like deep holes and canyons where the wind and drafts swirl, giving them the ability to pick up the smell of whatever comes in their area.

With the challenge of attempting to intercept traveling elk, the Back Country Elk Decoy allows me to set up quickly and decreases my chances of being seen. When I need to move again, it’s super easy to take down and pack. When I’m in close, I generally stick to cow calls, trying to lure the bull in my direction, so it’s important to place the decoy where he’ll see it. Set up the decoy and move forward 20 to 30 yards towards the elk so they walk past you, focused on the decoy.

One evening a buddy and I hiked into an area where we had seen several bulls and cows. Right before dark, they’d been filtering out of a large canyon drainage where they were bedding to feed in some big open meadows. This happened several evenings in a row.

We snuck in and picked a spot in the timber just on the edge of the meadows, hoping to get close enough to lure a bull to us as he made his way to the meadow. After getting in there and setting up early, the wind changed on us just as the elk were working there way up the valley.

The area where we were was wide open except for the few trees we were set up in. We had to move quickly to get across to the other side of the valley to get the wind in our favor. There was no cover to get there so we tucked in close behind Miss September and Spike Elk Decoy and started working our way the 80 or so yards to get to the other side where we’d have the wind in our favor.

We got about halfway across the valley when three bulls came up over a little ridge and had us pegged. We hunkered down behind the decoys, thinking about continuing on our way when one of the bulls decided to come hang out with us and started walking our way.

As he got closer, I thought for sure he was going to bust us or head another direction at any moment. Lo and behold, he made it within 20 yards of us. My buddy was able to draw back behind the decoy and when the bull turned broadside, he sunk an arrow in the bull at nine yards. He made it about 40 before collapsing. That was one of the most exciting hunts I’ve ever been on! 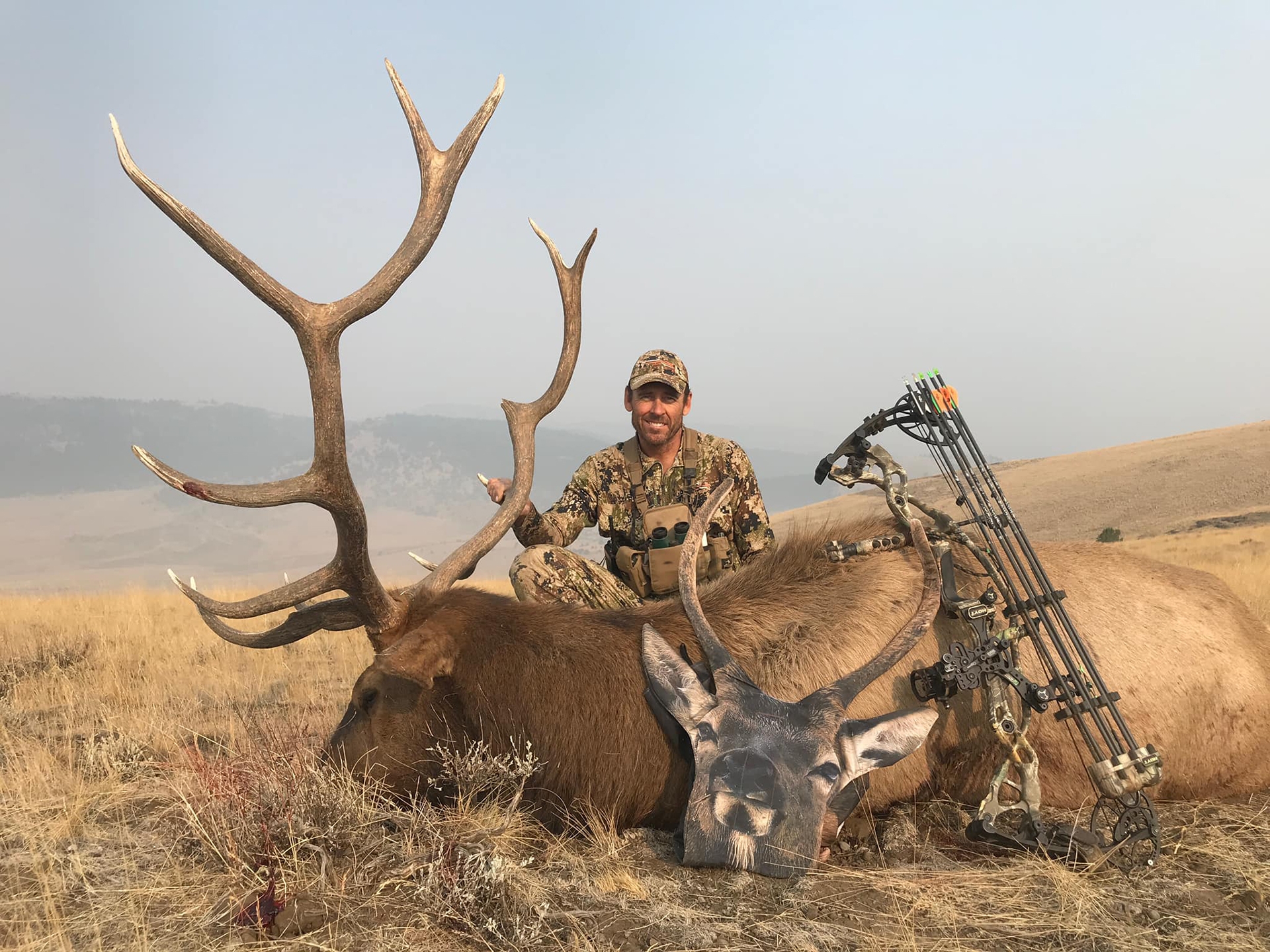 When I’m far enough in front of a herd that’s on the move, my favorite decoy is the RMEF Cow Elk Decoy*. I will set it up in the open where they can get a good visual from a few hundred yards away, enticing them to come my direction. I think the RMEF Cow Elk Decoy gives the herd confidence and shows them it’s safe to come on by, knowing there is another elk in the area.

When hunting more open country, I often carry the Eichler Elk Decoy. Most of the time without the leg poles. If I have a bull bugling a few hundred yards away, I’ll bugle or cow call back to get his attention. 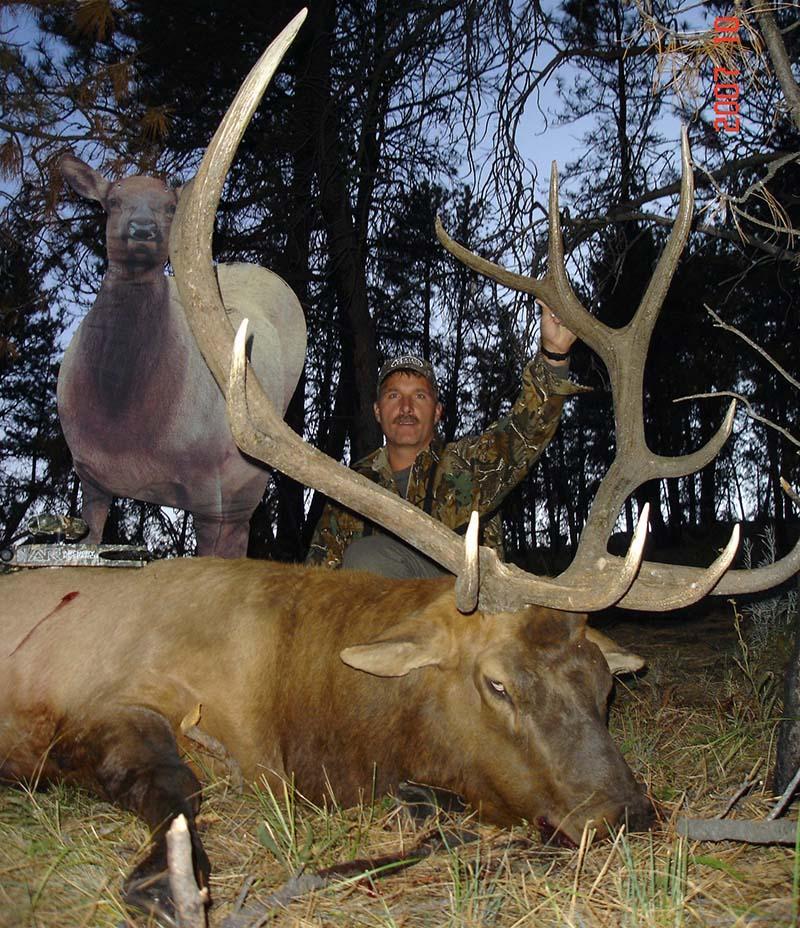 A lot of time he answers me back but just won’t commit. That’s when I pop out the Eichler Elk Decoy with the big ear and face profile and hold it out to where he can get a visual. Now that I’ve fooled his ears, he can see what’s talking and will want to come check it out. Again, be sure and keep the wind in your favor. Ninety percent of the time he’ll try and circle down wind, so work it to your advantage.

* We are currently out of these decoys.