Why let the current cold weather hinder your thoughts about the coming turkey season? We’re certainly not. Just because it’s still snowing doesn’t mean you can’t think about the best decoy setups to use this spring. Luckily, the highly anticipated appearance of green will return to the woods before you know it.

Turkey populations are growing in some areas across the country (and of course decreasing in others) giving hunters opportunities to chase gobblers in states they haven't hunted. Decoys, too, have come a long way since the old days of bulky, cumbersome pieces of plastic that made lugging them into the woods almost as inconvenient as not having one.

Montana Decoy exists to give hunters a more packable and lightweight decoy. The best turkey decoy setups to use this spring largely depend on how gobblers are acting. So, let's break it down into three categories based on a single hen setup, a hen and a jake, and a reaping decoy called the Wiley Tom.

If you have to be selective about which decoys to buy this spring, the best bet is always a hen decoy, such as Miss Purrfect XD. Every turkey hunter should have at least one in their vest. And since Montana Decoys are so light and packable, carrying a Miss Purrfect XD decoy inside a vest adds hardly any weight, allowing you to move with agility. 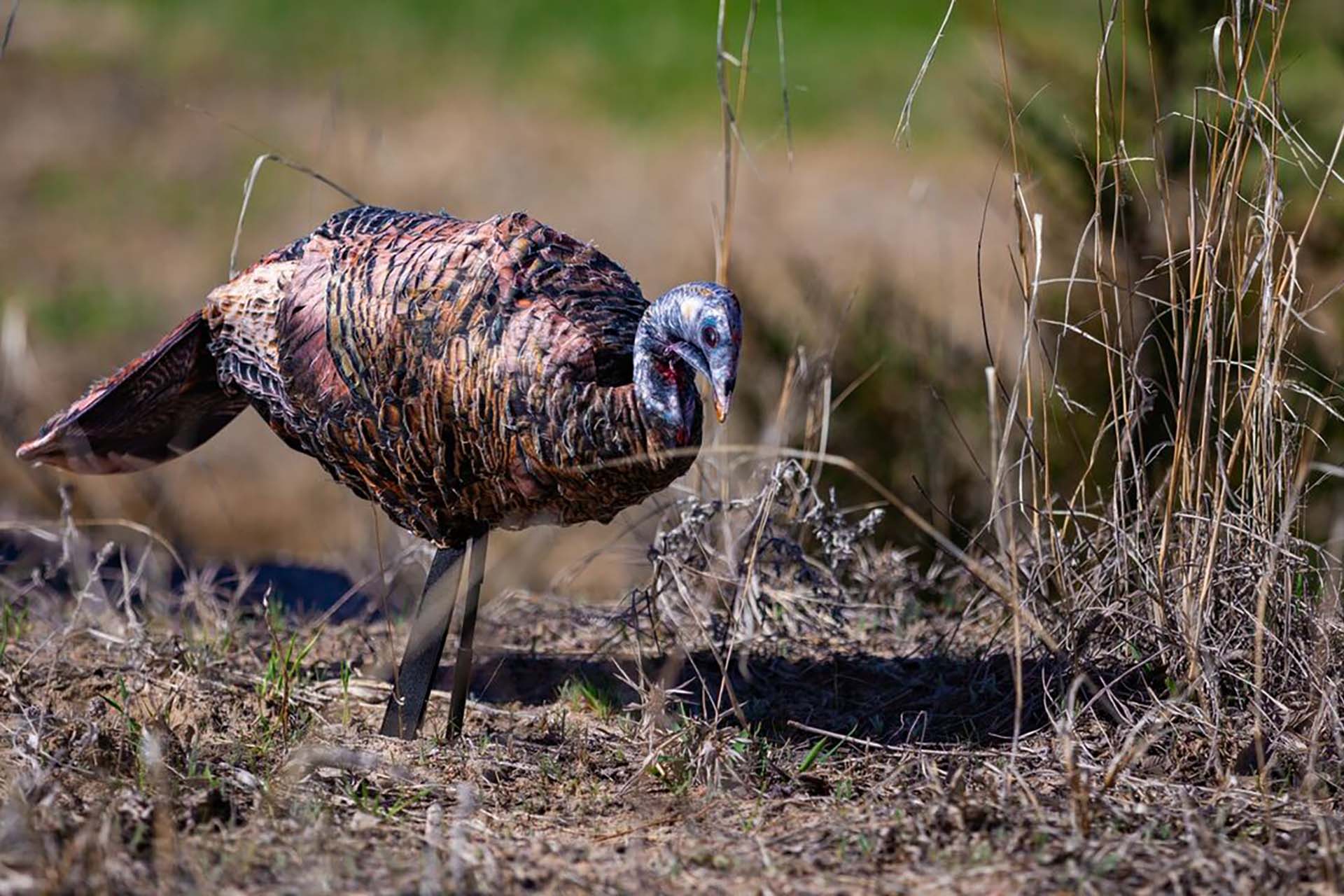 Hen decoys are the most versatile and can be staged in several positions, including feeder, breeder, and looking, each of which will elicit some sort of reaction from a gobbler. Later in the season a gobbler’s testosterone levels have tapered, leaving them less likely to engage in a fight. So using a simple setup like a hen decoy rather than the addition of a jake may be best.

Gobbler decoys are perfect for luring in “hung up” toms. Sometimes a dominant bird will see your decoy setup, but not approach, expecting the hen to come to him. But, employing a large-and-in-charge, full strut decoy such as the Wiley Tom can quickly alter a gobbler’s mood from romance to battle.

With a major “come at me bro” attitude, Wiley Tom gives you the ability to reap a hung up gobbler that refuses to close the distance. Its large fan will conceal a large man. And it’s convenient mesh window and stalking handle give you visibility and manueverability, respectively.

Important Note: If you decide to reap a turkey, do so only on private land where you know the location of your hunting buddies at all times. 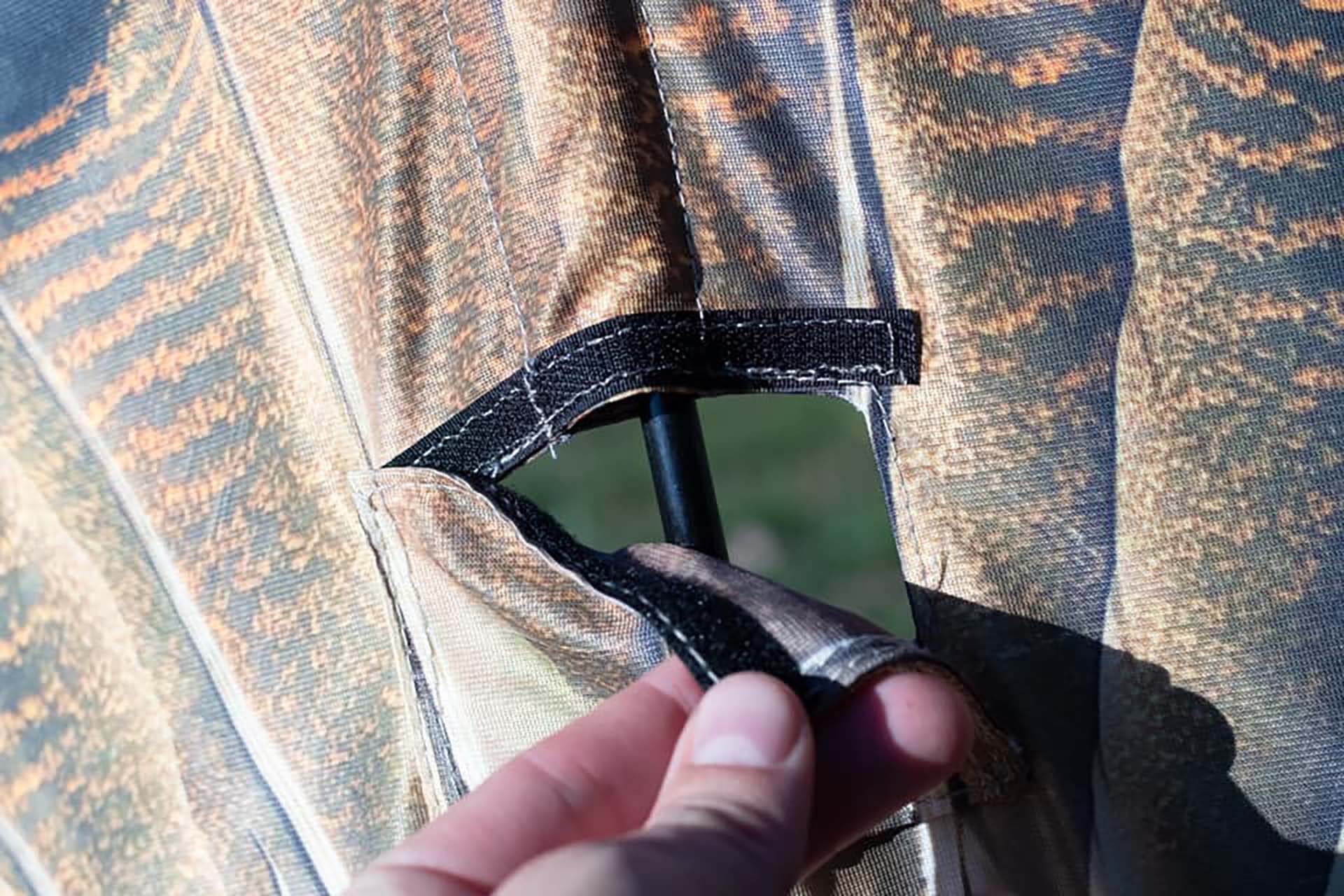 The only thing more frustrating than not seeing or hearing any gobblers is to find one that refuses to leave his group of hens. He’ll answer every call and struts in plain view, but he has the upperhand with the ladies and doesn’t feel the need to chase love any longer. But one thing the dominant bird likely won’t stand for is another tom threatening to invade his territory. 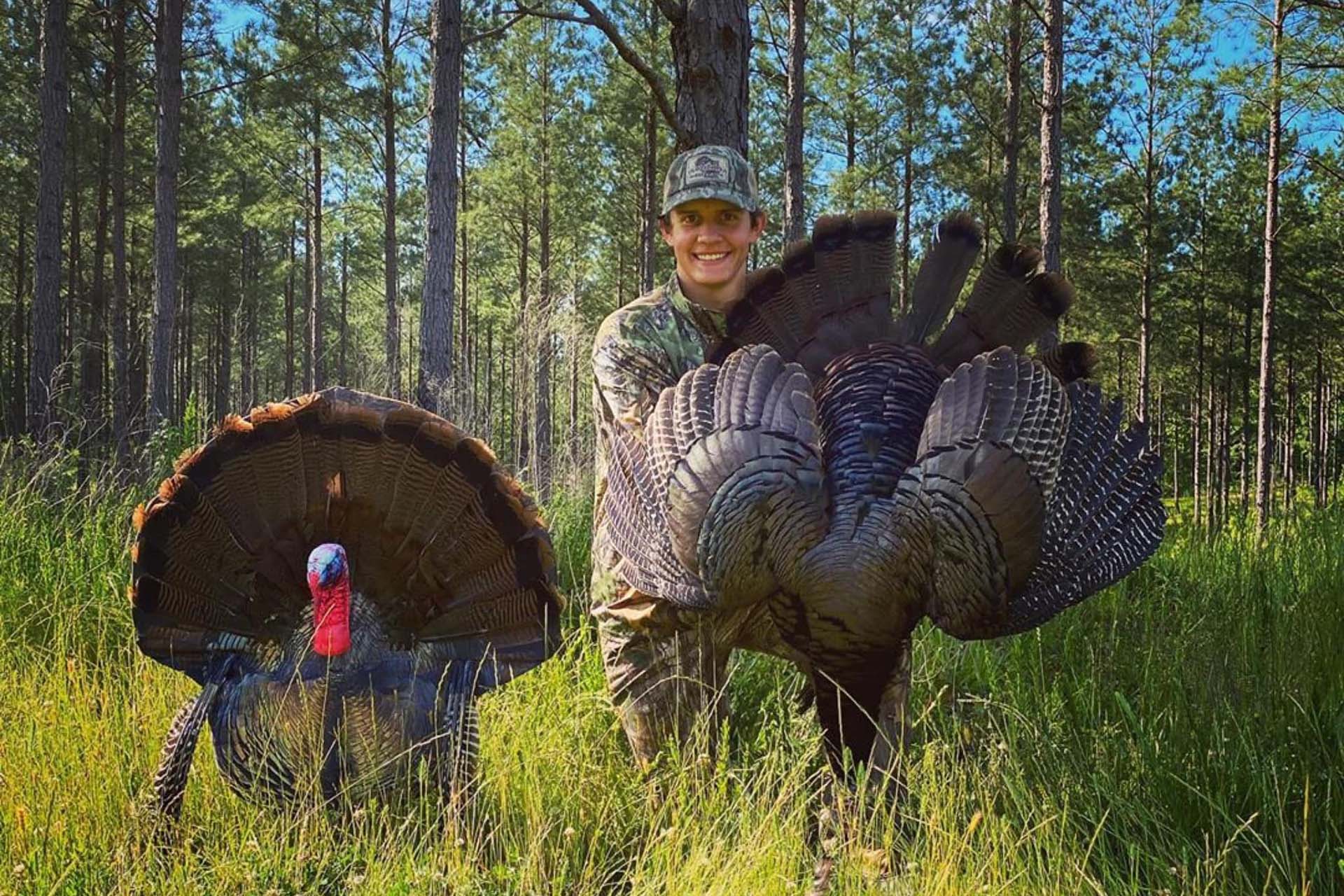 "Flashing" the Wiley Tom 2D reaping decoy to a hung-up gobbler can cause him to charge right in.

In this situation, let’s alter the image so that the hunter is “flashing” the turkey with the fan.

Flash the tom with Wiley Tom's fan to make sure he sees it. When that bluish white head turns red and raises up, hit the gobble call a couple of times to invoke an aggressive attitude. It’s like saying, “I’m here for your ladies and you can kiss my butt if you don’t like it.” Often, a dominant gobbler will resent this kind of intrusion and charge in.

The Wiley Tom is easily handled by one person in any situation. Hold the attached stalking stake to add movement until that henned up bird has committed. Then, either stick it in the ground or lay it down and prepare to fire.

For a less intimidating approach than using a tom, a solid option is our jake decoy, Jake Purrfect XD. Pair this younger-looking, less dominant decoy with a hen and watch out. Gobblers do not like some punk jake decoy moving in on a potential mate. One thing to be aware of is that jakes are more aggressive in groups. Gobblers know this too. So don’t use too many in your decoy setup.

Find a field edge with good cover. Place the Purrfect Pair XD 15 yards in front of and facing you at a slight angle with Jake Purrfect slightly behind Miss Purrfect, which is in a breeding pose. An aggressive tom or group of sub-dominant toms will confront the jake decoy first, giving you the perfect shot angle. If you chase turkeys with arrows, draw back your bow as the strutter turns away from you and aim for the vitals just above the thighs. 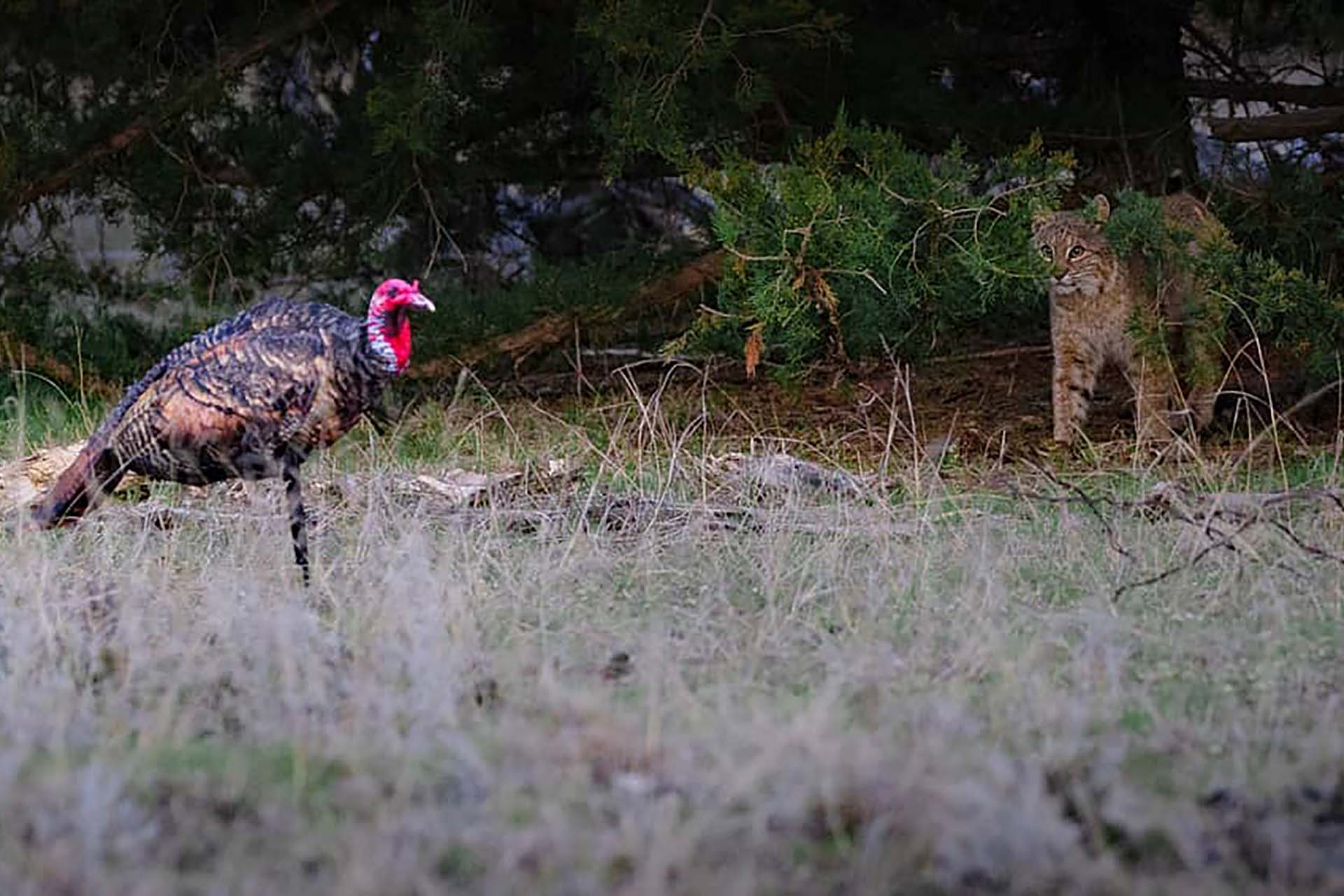 If Jake Purrfect's realism can fool one of the most wary creatures on earth, you can bet it'll trick a hot tom turkey.

Turkeys involve themselves in a form of drama not unlike what you might see on a soap opera. Take the Purrfect Pair hen and jake combination for example. Imagine what a gobbler will think when he sees a punk jake trying to sidle up to what the old tom believes could be one of his mates. The chances of him charging straight in are pretty good, especially during prime breeding season.

Needless to say, the combination of a jake and hen decoy system is pretty ideal since they can be each used in so many diverse ways together or completely separately for a less dramatic scene.

Bottom line, there’s plenty of room for creativity in the turkey decoy setups you might use this spring. So, knowing which decoys to deploy and when is just as important as picking your hunting spot. And from what we can tell, the key is, the more drama on the stage, the better.