Antelope, also known as pronghorns, are commonly found in western states in the shortgrass prairies east of the Rocky Mountains. Most states require a drawing for a tag to hunt the antelope and let non residents apply. Planning a hunting trip requires lots of research on what areas are the best to hunt. Here are five states known for good antelope hunting.

Wyoming is the least populated state, and it comes at no surprise that it probably has more antelope than it does people. It offers OTC tags to both residents and non residents. The state of Wyoming has a success rate that no other state has ever come close to with non residents having a success rate of nearly 100 percent (97.7%) according to the Wyoming Game and Fish Department. Rifle season runs from late September to late October. Some of the best counties recorded for hunting are Campbell, Carbon, Freemont and Sweetwater.

Big sky country. Montana is second to Wyoming for its antelope population and is a great state for non resident hunters. The eastern part of the state has rolling hills while the western half is equipped with rugged terrain. Some of the best hunting areas include Bob Marshall and Selway-Bitterroot Wilderness. The season runs from early September to early October for archery and rifle season runs through mid October to mid November. 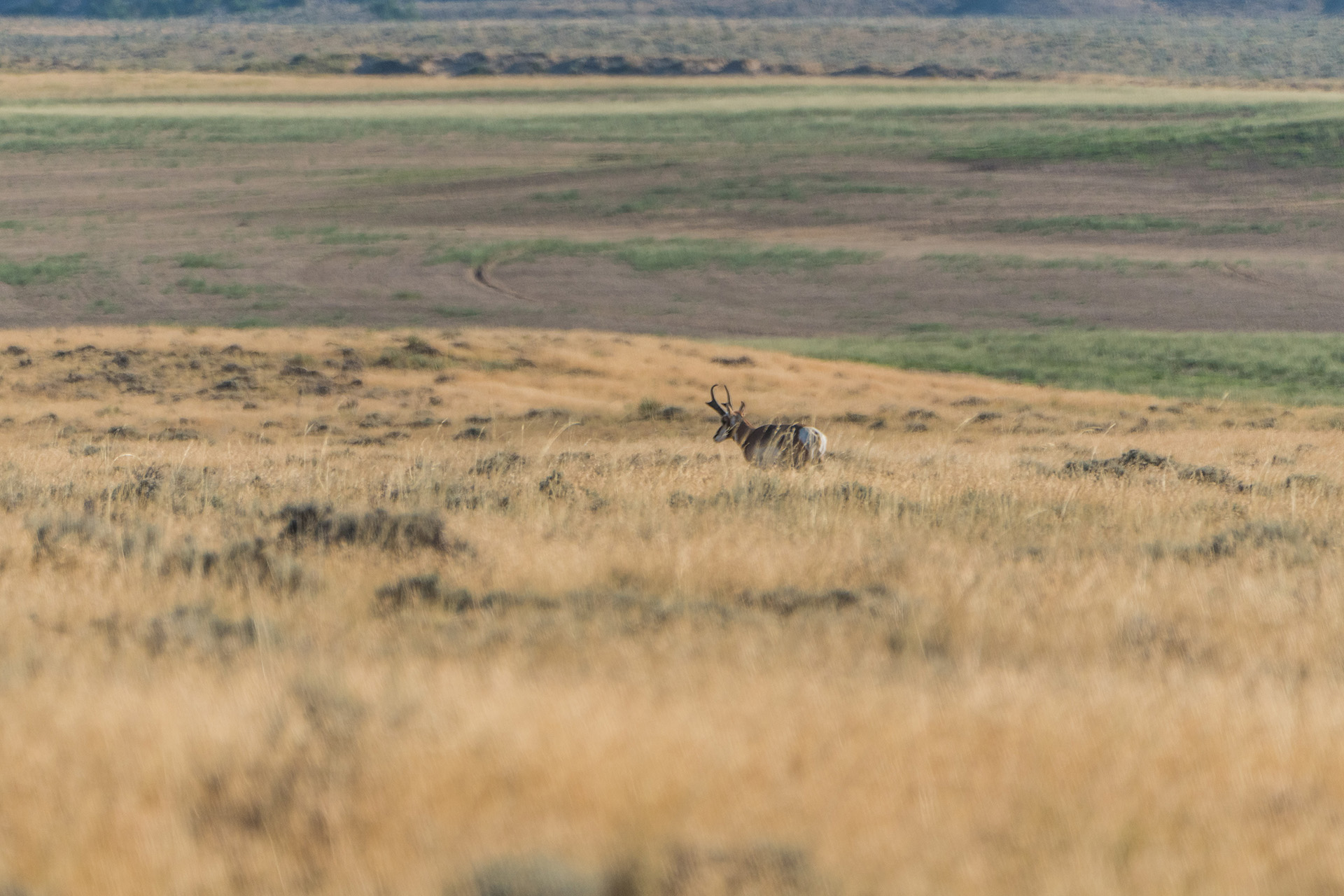 Antelope, also known as pronghorns, are commonly found in western states in the shortgrass prairies east of the Rocky Mountains.

Despite popular belief, this state is not all desert. The northern part of Arizona is similar to Colorado with its mountainous terrain. Arizona is known widely for its antelope with longer horns because the mild winters allow them to live longer than those neighboring states. Apache, Mohave and Navajo Coconino are some of the best counties to hunt it. The season runs from late October to late November.

The hunting opportunities in New Mexico are as diverse as its habitat and terrain. The state is known for having some of the best pronghorns in the country. First-time non-resident hunters have a chance at drawing a tag. Private land dominates most of the eastern half of the state, but there is limited state land. Lincoln, Catron and Mora have proven to be some of the best counties for hunting. The season runs from late August to late December.

Colorado is often the state that comes to a hunter’s mind when they think about hunting out west. Hunting big game in the Centennial State is on the bucket list of many hunters.This is the only state that lets you purchase OTC tags, which will allow you to hunt most of the public Game Management Units (GMU).

Plains make up the eastern portion while mountains take over the western half. Some of the best hunting can be found in Moffat county in the northwest counter. Archery season runs from late August to late September and rifle season is in early October.